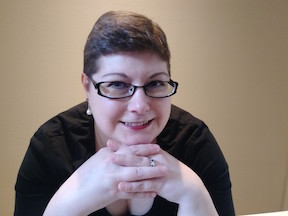 Kendra Preston Leonard is a musicologist and music theorist whose work focuses on women and music in the twentieth and twenty-first centuries; and music and screen history, particularly music and adaptations of Shakespeare; and a librettist and poet. She is the author of five scholarly books and numerous book chapters and articles. Her work has appeared in Music Theory Online, Cerae, This Rough Magic, Upstart Crow, Early Modern Studies Journal, The Journal of Historical Biography, The Journal of Musicological Research, and Current Musicology, among other journals and collections. She is the founder and Executive Director of the Silent Film Sound and Music Archive.

Leonard’s poetry appears in numerous publications including vox poetica, lunch, These Fragile Lilacs, and Upstart: Out of Sequence: The Sonnets Remixed, among other venues. Leonard collaborates regularly with composers on works for voice including new operas and song cycles. Her latest libretto is for composer Rosśa Crean’s opera The Harbingers, which was premiered on 31 October 2019 in Chicago’s Rosehill Cemetery.

Read an interview with Leonard about her work as a librettist at Fran Wilson’s blog, The Cross-Eyed Pianist.

Music for the Kingdom of Shadows: Cinema Accompaniment in the Age of Spiritualism, Humanities Commons ebook (2019). (PDF)

“Women at the Pedals: Female Cinema Musicians During the Great War,” Over Here, Over There: Transatlantic Conversations on the Music of World War I, ed. William Brooks, Christina Bashford, and Gayle Magee, University of Illinois Press (2019).

“Jewishness between Performance and Appropriation: Music for The Merchant of Venice on Film,” AMS-Southwest chapter meeting, Houston, TX, 28-29 February 2020.

Protectress (novella in verse), Unsolicited Press, forthcoming January 2021.
From the publisher:
Protectress is a hybrid poetry-prose novella offering a risky take on the legend of Medusa. With stunning economy of words and a delicate hand, Protectress provokes us to think about the feminist identity and the power of compassions. Readers who fell deeply for Emily Wilson’s translation of The Odyssey, Margaret Atwood’s The Penelopiad, Madeleine Miller’s Circe, Emily St. John Mandel’s Station Eleven, Seamus Haney’s translation of Beowulf, and Toby Barlow’s Sharp Teeth will find themselves enamoured with Protectress.

“Nostalgia and Cultural Memory in Scoring for The General (1927)”

“Jewishness between Performance and Appropriation: Music for The Merchant of Venice on Film”

This site is part of Humanities Commons. Explore other sites on this network or register to build your own.
Terms of ServicePrivacy PolicyGuidelines for Participation
Skip to toolbar